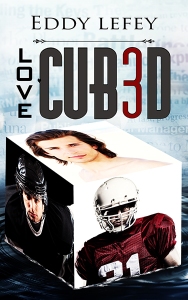 Francis, haunted by his past and seeking a new life.

And Sebastian, the charismatic and confident hockey star.

Francis, wary and troubled, didn’t count on meeting anyone he could care for.

Andrew, closeted and lonely, didn’t think anything would matter more than his football career.

And Sebastian, content to float from conquest to conquest, never believed he’d meet someone who could hold his interest.

An encounter with a journalist causes consequences for all three.

Will they be able to take what they need from one another in order to cope?

Suddenly, Francis felt someone sit down beside him. He heard a very sexy-husky voice state matter-of-factly, “So, dude, we’d all like to know what your story is, especially Heather over there. You might as well spill.”

Francis lifted his head to see two very athletic-looking blondes staring back at him. They both had annoyed looks on their faces. The young woman, whom Francis supposed was Heather, nodded and smiled at him. The extremely good-looking young man grinned and said, “Hey, kid, I’m Andrew. Your nosy neighbor is Sebastian. Don’t mind him. He’s just a busy-body.”

Francis frowned. Why did he always have to go through this? He made sure his speaking voice was in his lower register before replying, “I’m eighteen. I’m as much of a kid as you are—my name is Francis.”

He turned to Sebastian, was about to say something snarky, but was taken aback by how handsome Sebastian was. Then, Sebastian gave a cocky, self-absorbed smile and it changed everything. Francis knew that kind of smile—he knew the kind of personality that produced that kind of smile—and he was afraid of it.

Just before Francis could do anything that anyone could construe as being antisocial, the group was interrupted by rustling near the door. The floor’s leader, a fourth-year geology student named Harold, garnered people’s attention and started his welcoming speech, which consisted mostly of enumerating the house and floor rules—respect of property and respect of other floor-mates being chief among them. Oh, and cleaning up after oneself was rather enthusiastically emphasized.

The next announcement came as a surprise to everyone, especially to Francis. “Okay, now some of you have already come to me complaining about the fact a first-year on this floor was appointed to a single room. I am here to tell you that it’s true. The university has granted first-year Francis Hollingsworth the right to a single room because of special circumstances. Those special circumstances will not be discussed. I can say that it isn’t because of financial privilege. I am asking all of you to let Francis have his privacy. No one is to hound him for an answer, and yes, Sebastian, I mean you. Let the kid, I mean guy—let the guy be. If he wants to talk about it, he will let you know.”

Francis was mortified. No one had warned him, and he certainly didn’t expect to be singled out like that. He glanced at Heather and Andrew. They seemed intrigued but genuinely concerned and interested about him. Sebastian looked like a cat that had just found a mouse. Francis knew Sebastian was bound to be trouble for him in more ways than one. He wasn’t exactly looking forward to it. He hoped he wouldn’t have to endure him for too long. With his luck, Francis figured he and Sebastian would probably be teamed up in a get-to-know-you exercise; Francis shivered at the thought. 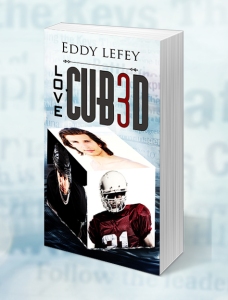 Eddie LeFey started reading m/m romance fanfiction a few years ago. At one point, during a crucial point in the soap opera storyline of his favorite gay couple, the story went on hiatus. He needed a fix and decided to write his own version of what he wished would happen. Friends wanted to read it, so he plucked up his courage. Pressing the submission button was nerve-wracking, but he did it. People liked it. He wrote a few more.

Up until that point Eddy had tried his hand at writing many times. The delete button was his friend, as was starting over, and over, and over, but he could no longer do that if he wanted people to read his works.

A few of his writing friends decided to create original stories, and feeling brave, Eddy did the same. The stories were shared among a select few. They encouraged him to submit one of them. Low and behold, it is now being published.

Eddy lives in Canada with his husband Ken and his cat Oscar Wild. He is busy writing many more stories. 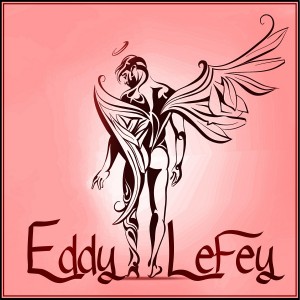 Comments Off on Release Day ~ Love Cubed by Eddy LeFey