Starting Nov 6: The Phisher King will be available for free on Kindle.

FBI Agent Callum Riggs and hacker Hunter Walsh have settled into a quiet, contented life together with their Pomeranian, Bruiser. Under a hostile new administration, Cal’s changing duties at the Bureau frustrate his career and personal ambitions. Meanwhile, unbeknownst to Cal, Hunter pursues vengeance against his would-be rapist Chad, following him into the heart of Seattle’s blossoming Alt-Right scene.

Will Cal’s handsome former partner Justin Barnes and Hunter’s mounting pile of secrets drive a wedge between them? With Barnes trying to woo Cal away from his current life, Hunter in too deep with a band of White Nationalists, and the authorities focused on all the wrong suspects, will Cal and Hunter find a way to save Seattle before tensions explode?

This sexy 60k romantic thriller contains: an undercover Pomeranian, a buff FBI agent who likes being called daddy, and a pink-haired hacker who has serious issues with authority.

Thursday Euclid
The Thursday Euclid is a strange and elusive creature dwelling in the Texas Gulf Coast region. Frequently mistaken for Bigfoot, Chupacabra, or the monster of the week, he is, in fact, a 30-something black sheep with a penchant for K-pop, geekery, and hot and sour soup. When he’s not playing Dragon Age or SWTOR, he’s probably watching B-movies or talking to his best friend and frequent collaborator Clancy Nacht. You can find him on Facebook, Twitter, or email him at thursdayeuclid at gmail dot com. 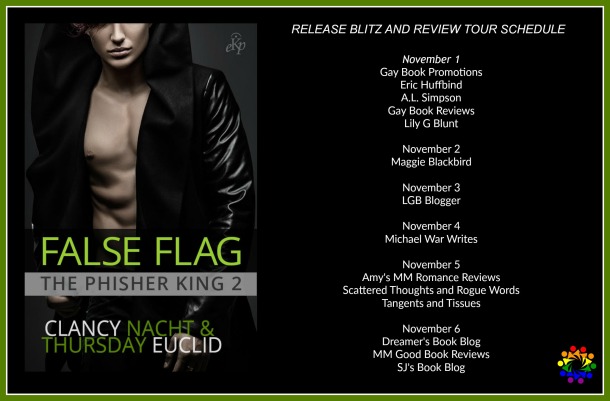 About the Author Lily G. Blunt enjoys writing contemporary gay romance and paranormal stories. She loves to explore the relationship between two or more men and the intensity of their physical and emotional attraction. Angst often features in her stories as she feels this demonstrates the depth of feelings between them. Lily is often inspired by the lyrics to songs and is forever writing imaginary scenes and plots in her head. Only a few of these ever make their way to the page. Lily reviews for several blogs and has recently launched Gay Book Promotions, an online book promotion service for authors of LGBT+ romance and fiction. She loves to hear from readers and other authors. You can find her contact information and social media links at https://lilygblunt.wordpress.com and http://gaybookpromotions.wordpress.com
View all posts by Gay Book Promotions »
← Release Blitz – Meik&Sebastian – Obsessed #3 by Quin Perin
Book Blast – Boy Next Door (Hot Off the Ice #5) by A. E. Wasp #KindleUnlimited →