Housemates Series – though a series, each book can be read as a standalone.

Shawn is adrift. Recently graduated, he’s stuck in a dead-end job that barely pays the bills. His girlfriend dumped him, his friends have moved on, and he’s still in Plymouth—going nowhere.

Jude is a student living in the same shared house. Out and proud, he’s everything Shawn’s been running from since he hit puberty. When Shawn discovers Jude works as a cam boy, he can’t resist the urge to watch one of his shows. It makes Shawn want things that scare him, yet his fascination forces him to confront his attraction.

Keen to explore his bicurious side, Shawn suggests they do a show together. Jude agrees, and things get complicated—and kinky—fast. But Jude isn’t looking to get involved with someone so deep in the closet. If Shawn’s going to get what he wants, he needs to find the courage to stop hiding from himself and be honest about who he is.

This has been a very enjoyable series with four hot and dirty storylines so far. Yes, each book can be read as standalones, but it’s great to get a feel for the various main characters that pop up as housemates by reading the previous stories. And definitely worth going back to check up on Shawn again if you’ve already read them! No wonder he was always grumpy! He’s certainly different in this story and now we find out why.

Much of this story takes place in the house (and bedroom) these guys share. The focus is on Shawn and Jude this time and we get both points of view as they fall for each other and share some sizzling scenes together on and off the camera—with a little bondage and domination mixed in. These are some of Jay’s hottest to date and with an added edge to them. Shawn eagerly lets Jude guide him in the joys of gay sex, along with plenty of dirty talk and exhibitionism. Phew!

I liked how the tension built around Shawn’s denial and gradual self-awareness of his sexuality and the need to keep their relationship secret. Both characters are endearing as they try to work out if, and how, they can be together outside of the bedroom. Although I thought Jude became a little too pushy too soon for Shawn with regard to coming out as bi. I could appreciate how Shawn was torn and felt fearful. I always like the angsty times, but they didn’t go on for too long here.

I liked that previous characters were involved—Mac and Jez especially, and also Dev and Ewan—not only to see how their relationships have developed, but also for their interaction with Shawn and Jude and the humour they add to the story.

The story flowed effortlessly and kept my attention throughout. All scenes and dialogue are there for a reason and nothing felt superfluous. The ending works well and is HFN. I hope we revisit this pair in the next instalment.

This story has now overtaken Like A Lover as my favourite in the series. Loved it!

Jay lives just outside Bristol in the West of England. He comes from a family of writers, but always used to believe that the gene for fiction writing had passed him by. He spent years only ever writing emails, articles, or website content.

One day, Jay decided to try and write a short story—just to see if he could—and found it rather addictive. He hasn’t stopped writing since.

Jay writes contemporary romance about men who fall in love with other men. He has five books published by Dreamspinner Press, and also self-publishes under the imprint Jaybird Press. Many of his books are now available as audiobooks.

Jay is transgender and was formerly known as she/her. 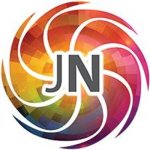 Comments Off on Review ~ Watching and Wanting

About the Author Lily G. Blunt enjoys writing contemporary gay romance and paranormal stories. She loves to explore the relationship between two or more men and the intensity of their physical and emotional attraction. Angst often features in her stories as she feels this demonstrates the depth of feelings between them. Lily is often inspired by the lyrics to songs and is forever writing imaginary scenes and plots in her head. Only a few of these ever make their way to the page. Lily reviews for several blogs and has recently launched Gay Book Promotions, an online book promotion service for authors of LGBT+ romance and fiction. She loves to hear from readers and other authors. You can find her contact information and social media links at https://lilygblunt.wordpress.com and http://gaybookpromotions.wordpress.com
View all posts by Lily G Blunt - Gay Book Promotions »
← Review ~ Taboo
Falling Hard ~ Giveaway and Excerpt →