Tyler Knoll was born one wild, stormy night in April 2013.

Of course, Tyler might tell you he was born twenty years earlier, but should we believe anything he says? That’s for you to decide.

Now, before you scoff and say there’s no such place, let me assure you that I may not be the brightest bulb in the room, but I’m not stupid enough to divulge the real name of my employers. You might out me to my boss in the mailroom.

The thing is Mrs. Stringer wouldn’t give two hoots if you did. I was just the lowly guy who hand-delivered important contracts to the upper floors for signing. Nothing special. Just a hopeless idiot who barely made it through high school, thanks to his inability to get the middle letters of words in the correct order, and who still can’t see the connection between hippopotamuses, beasts that lurk in mud pools and triangles. Aren’t they swanky orchestral instruments?

And just in case you’re wondering how a dyslexic ignoramus like me can produce such flawless spelling and wonderful prose, it’s called an editor. I’d tell you her name, but then she might show you the original text, and I’d never live down the embarrassment.

Mind you, she wanted me to delete that last statement, saying no editor would ever be so unprofessional, but seeing she didn’t mind me having a go at readers; she’s fair game.

Holy catfish. Now, I’ve lost the plot and we’re not even half way through the first chapter! I better backtrack over what I’ve told you so far: Bar. Check. Friday night. Check. Suits. Check. Weird feeling. Ah that’s right. I felt someone watching me.

You’d think a classy joint like this would have mirrors around the wall to check out who was cruising who without being obvious. No such luck. This was all stained timber and the occasional out of focus painting. More like a swanky gentleman’s club than a bar.

There was that prickle again. I squirmed uncomfortably in my seat.

Want the whole Tyler Knoll’s Just for Fun series? Check out books two, three, and four, to be released on July 10th: SHREDDED, SLASHED, and SCREWED

When a Big Misunderstanding SLASHED at Tyler’s sanity, almost costing him his life, he turned to another genre for his salvation. But even this encounter proved potentially hazardous—not from freezing temperatures, but at the hands of irate fans.

Finally, tired and SCREWED by his all his trials and tribulations, he discovers—like many storybook heroes before him—that sometimes Mr. Right is closer than we think.

Everyone who buys SNARED gets a 20% discount at buying the Just for Fun composite from the WIP website!

Unlike many authors, A.B. Gayle hasn’t been writing stories all her life. Instead she’s been living life.

Her travels have taken her from the fjords of Norway to the southern tip of New Zealand. In between, she’s worked in so many different towns she’s lost count. A.B. has shoveled shit in cow yards, mustered sheep, been polite to customers, traded insults with politicians. Sometimes she needs to be forgiven as she get confused as to who needs what where.

Now living in Sydney, Australia, A.B. finally has time to allow her real life experiences to morph with her fertile imagination in order to create fiction that she hopes her readers will enjoy.

A.B. values feedback on her writing, both negative and positive.

A.B. Gayle can be found at:

A light-hearted and original novella, with amusing asides taking a dig at the idiosyncrasies of the English language, and the difficult, somewhat ambiguous task of an editor. I found the author’s perspective refreshing and chuckled or rolled my eyes at the various comments Tyler made. A fun read, with hot, sexy scenes, plus a mystery that leaves you wondering what Tyler’s “interview” was all about. Hopefully we’ll find out in Book 2. 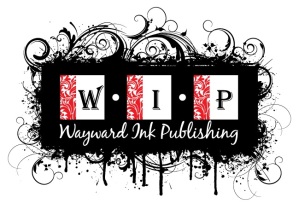 Comments Off on Tyler Knoll’s Just for Fun #1 ~ SNARED by A.B. Gayle

About the Author Lily G. Blunt enjoys writing contemporary gay romance and paranormal stories. She loves to explore the relationship between two or more men and the intensity of their physical and emotional attraction. Angst often features in her stories as she feels this demonstrates the depth of feelings between them. Lily is often inspired by the lyrics to songs and is forever writing imaginary scenes and plots in her head. Only a few of these ever make their way to the page. Lily reviews for several blogs and has recently launched Gay Book Promotions, an online book promotion service for authors of LGBT+ romance and fiction. She loves to hear from readers and other authors. You can find her contact information and social media links at https://lilygblunt.wordpress.com and http://gaybookpromotions.wordpress.com
View all posts by Gay Book Promotions »
← Toy With Me by Annabelle Jacobs
Review ~ Helping Hand by Jay Northcote →