RSS Feed
← The Bookshop Darlinghurst in Sydney
The Eye And The Arm by Andrew Q. Gordon → 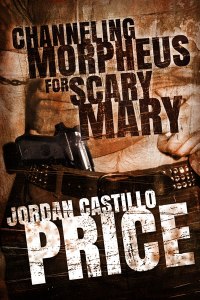 Michael is a waif in eyeliner who’s determined to wipe vampires off the face of the earth. Wild Bill’s got the hots for Michael, and will stop at nothing to go home with him.

Forget about moonlit castles and windswept moors. These bad boys haunt all-night diners and cheap motels, cut-rate department stores and long, lonely stretches of the Interstate. Ride along with Wild Bill and Michael as the twists and turns of Channeling Morpheus for Scary Mary unfold in America’s Heartland.

These first five stories follow the adventures of Michael, goth and would-be vampire hunter, who is seeking revenge for the death of his friend, Scary Mary. In his pursuit of ‘bad vampires’ he meets and falls for Wild Bill and in the process discovers much of his previous beliefs about vampires are unfounded. He also learns the best ways to dispatch these creatures of the night.

The series is well written and a very enjoyable read. JCP builds up a melancholic atmosphere in her writing, creating a believable yet dark fantasy world. She has you guessing what’s going to happen next throughout—will Michael be safe in his new chosen lifestyle and will Wild Bill resist draining the young man of his lifeblood?

Michael and Wild Bill’s story is told from alternating points of view as the series unfolds, so we get to see inside the mind of the vampire as well as the young vampire hunter, and as the story progresses, we find out a little more of their backstory and who these character are. 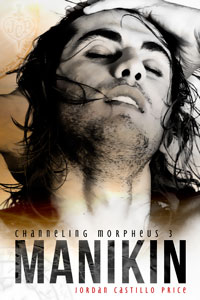 Comments Off on Review of Channeling Morpheus for Scary Mary

About the Author Lily G. Blunt enjoys writing contemporary gay romance and paranormal stories. She loves to explore the relationship between two or more men and the intensity of their physical and emotional attraction. Angst often features in her stories as she feels this demonstrates the depth of feelings between them. Lily is often inspired by the lyrics to songs and is forever writing imaginary scenes and plots in her head. Only a few of these ever make their way to the page. Lily reviews for several blogs and has recently launched Gay Book Promotions, an online book promotion service for authors of LGBT+ romance and fiction. She loves to hear from readers and other authors. You can find her contact information and social media links at https://lilygblunt.wordpress.com and http://gaybookpromotions.wordpress.com
View all posts by Lily G Blunt - Gay Book Promotions »
← The Bookshop Darlinghurst in Sydney
The Eye And The Arm by Andrew Q. Gordon →