Wrong! Well, according to certain narrow-minded people on Facebook and elsewhere.

For some time now, people who post photos of two men kissing or holding hands, even if they are clothed, have been reported on Facebook. One of the team investigates and often the picture is not removed because it does not violate their community guidelines. Other times, the person’s profile is banned from posting further pictures for a number of days and warned that the account may be deleted if this occurs again.

Michael Stokes Photography, Jesse Jackman and Dirk Caber, myself, along with many others have been victims of Facebook’s reporting system. It seems anyone can object to any photograph and Facebook investigates. 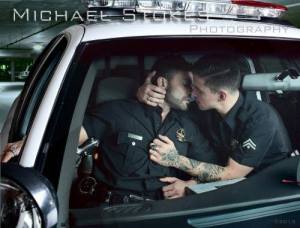 Michael Stokes is gay and has a huge following within the LGBT community. Yet other photographers and profiles who post similar pictures do not receive such harassment.  There’s no excuse for this. Michael’s photos fully comply with Facebook’s community standards. While Facebook is free to determine those standards, and we may not agree with them, everyone who follows those rules should receive equal treatment. Otherwise, it’s blatant discrimination. 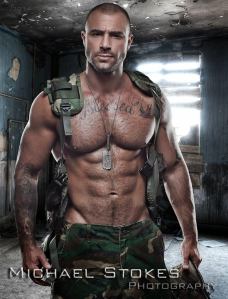 This picture was reported for nudity on my timeline after I posted it in support of Michael Stokes Photography. Facebook decided it did not breach their Community Guidelines on nudity and it was not removed. 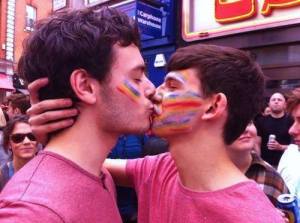 This picture was reported for nudity on my timeline last year.

I had the option to delete it myself. I didn’t. Facebook decided not to remove it.

But the fact remains, anyone can report a picture and it seems LGBT supporters are targeted for attack in this way.

Everyone has the option of moving on, or unfollowing/blocking the profiles whose posts they don’t like or wish to see.

Any sensible person would make that choice.

It seems that certain people go out of their way to hunt down “gay” pictures and take delight in stirring up trouble by reporting such photographs. 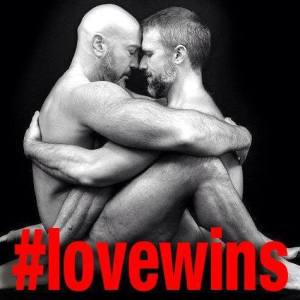 Jesse Jackman and Dirk Caber have been targets of abuse and many of their posts and pictures have been reported.

But they are facing the hate, along with many others who want to end this unfair treatment.

Let’s put an end to anti-LGBT discrimination on Facebook.

THE PETITION: Facebook Jail is the suspension or banning of a Facebook user based upon a breach of their terms and conditions. But it seems that they are extremely one sided on what exactly constitutes a breach. Numerous people are being targeted and bullied by Facebook “trolls” and Facebook is punishing the victims of the attack. These people are having innocent posts, pictures and/or links reported as porn or noncompliance with the rules and regulations Facebook has in place for their Community Standards. The same people are being targeted repeatedly, until they are suspended and ultimately banned from the social media network. Many of these victims use the platform as means of advertising and connecting with their clients and/or fans. This is part of their job and their living, which is being severely hindered by users out to malign and cause damage for their own cause, whatever that may be. Perhaps because of a misinformed morality which pushes them to force their belief systems on others, or just for cruelty sake, no one knows.

More than likely, one of the victim’s so-called “friends” is doing the reporting and there is no way for the victim to discover who this person is in order to unfriend them and stop the harassment, nor is there any recourse for them. If they attempt to contact Facebook about the issue, they are ignored and sometimes even banned. They are simply helpless and at the mercy of a severely flawed system.

Facebook has a block option, which can be utilized at any time if the content of someone’s page is unsatisfactory or offensive. It’s just as simple a process as reporting them, except then the heinous material will never darken the offended party’s page again. That doesn’t seem to be enough for these people. 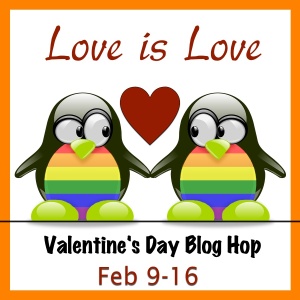 The prize is a basic Kindle ereader and 42 ebooks!

Check out the other Blog Hop sites:

About the Author Lily G. Blunt enjoys writing contemporary gay romance and paranormal stories. She loves to explore the relationship between two or more men and the intensity of their physical and emotional attraction. Angst often features in her stories as she feels this demonstrates the depth of feelings between them. Lily is often inspired by the lyrics to songs and is forever writing imaginary scenes and plots in her head. Only a few of these ever make their way to the page. Lily reviews for several blogs and has recently launched Gay Book Promotions, an online book promotion service for authors of LGBT+ romance and fiction. She loves to hear from readers and other authors. You can find her contact information and social media links at https://lilygblunt.wordpress.com and http://gaybookpromotions.wordpress.com
View all posts by Gay Book Promotions »
← Paint the Sky on Audible
5* ARC Review for Passing Through by Jay Northcote →