Hi, Lily! I’m so pleased and honored that you’ve offered to let me come talk about my new project on your blog. A different format has become do-able lately for indie writers like me, a format that was previously not viable for anyone but bigger publishers, and that’s audio! I’ve only begun producing audiobooks this year, but I’ve already had the first three books in the PsyCop made into audios.

Since I wasn’t sure what PsyCop fans would want to know about the process, I asked readers on Facebook.

Allison asked, “What made you choose the narrator you chose? What about his voice/reading made him the narrator that resonated with you?”

I’m not sure exactly how many auditions I received, maybe ten or twelve, so I didn’t have a gigantic pool of talent to choose from. Although I not only indicated that I wanted a Midwestern accent for Victor Bayne, but Chicago specifically, you’d be surprised how many people with distinctly non-Midwestern accents auditioned. I really can’t imagine why. It probably takes about half an hour or more to record a ten-minute audition. If you’ve got a distinct southern twang and someone’s looking for a Chicago voice, what’s the point of doing the recording? I suppose publishers deal with that all the time, people who send them cookbooks when they publish Urban Fantasy and such. But the process was new for me, so I was intrigued by the results of my call for audition.

Some actors fell into an “almost” category. One actor was really enthusiastic and his voice had a lot of personality, unfortunately there was something East Coast about the way he’d pronounce a word here and there, something that continued to pull me out of the story. There were a few more auditions who were pretty good. I liked the way they accented the words that I was also accenting in my head.

But then Gomez Pugh sent in an audition and totally nailed it.

It’s hard to articulate exactly what the quality of his voice is that captured my imagination. There was no Texas or Jersey or any other inappropriate location lurking in his pronunciation. He sounded just about the right age, so you could buy that he was a fortyish cop from Chicago. And—most important—he sounded world-weary and disillusioned, even though I was having him read a romantic scene. That was what really grabbed me.

Clare London asked, “What do you feel is added to the book by an audio voice?”

I think people process audio and text differently—I know I do. Some folks say they can’t pay attention to an audiobook. I’m the opposite of that. I will forget where I’m driving when an audiobook is playing in the car, because I get so swept away into the storyverse. When my eyes are tired from a day at the computer, and the last thing they want to do is watch TV or read, I love being able to lie back and lose myself in an audio.

What I notice Gomez brings specifically to PsyCop, though, is an elusive tenderness to Vic when he’s dealing with certain people. I think his rapport with his BFF Lisa is striking. There’s a scene in Body and Soul where he’s talking to a victim’s grandmother, where Vic and the old lady don’t even speak the same language. But the tenderness there was so clear it actually choked me up. The ease Vic feels when he’s talking to Maurice really shines through. And the chemistry with Vic and Jacob, particularly in the love scenes, just floors me. So I think what this talented actor is bringing to the books is delicious nuance that reveals layers of characterization in a way that might not always happen with text.

Don’t just take my word for it, come check out the PsyCop audiobooks!

Stream a sample from each book at the PsyCop site 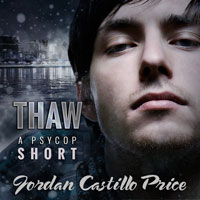 Many thanks to Jordan. These sound fascinating. I’ve only just discovered Audible, so will be checking these stories out soon. 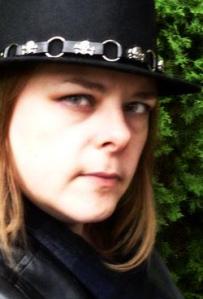 About the Author Lily G. Blunt enjoys writing contemporary gay romance and paranormal stories. She loves to explore the relationship between two or more men and the intensity of their physical and emotional attraction. Angst often features in her stories as she feels this demonstrates the depth of feelings between them. Lily is often inspired by the lyrics to songs and is forever writing imaginary scenes and plots in her head. Only a few of these ever make their way to the page. Lily reviews for several blogs and has recently launched Gay Book Promotions, an online book promotion service for authors of LGBT+ romance and fiction. She loves to hear from readers and other authors. You can find her contact information and social media links at https://lilygblunt.wordpress.com and http://gaybookpromotions.wordpress.com
View all posts by Lily G Blunt - Gay Book Promotions »
← Merry Christmas and a Happy New Year
Cool Dudes Publishing →